“Wheel of Fortune” fans are upset after a technicality cost yet another contestant a win.

A rule that was introduced in 2016 along with the long-running game show’s crossword puzzle format has been causing some problems for players. As some note, the rule is needlessly restrictive to contestants who otherwise solve the puzzle. This was the case for contestant David Pederson, who lost out on big money simply for adding the word “and” to his answer.

The crossword puzzle typically consists of four words that the contestants need to figure out. When it comes time to deliver their answer, the rules state that they need to say the four words and only the four words that make up the puzzle solve. Unfortunately, on Wednesday’s episode, Pederson answered, “Soul, Flounder, Cod and Catfish.”

This forced host Pat Sajak to deny him the points for the correct answer and allowed another contestant to swoop in and guess the correct words without saying “and,” according to Yahoo Entertainment. 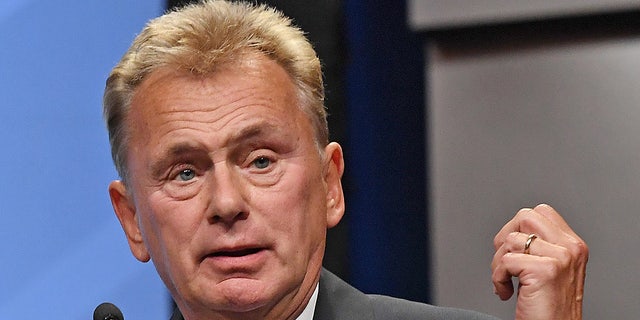 ‘Wheel of Forutne’ fans are once again calling for a rule change on the show.
(Ethan Miller/Getty Images)

This isn’t the first time that the much maligned rule has cost a player the win on “Wheel of Fortune.” In 2019, contestant Kristen Shaw made the same mistake during the crossword puzzle segment of the show. The minor flub cost Shaw $1,950 as well as a trip to Nashville valued at more than $8,000.

“Our long-standing rule is that in order to have a correct puzzle solve, a contestant must say only what is on the board without adding words,” a spokesperson for the show told Fox News at the time. “Contestants are thoroughly briefed prior to the show, and Pat often reminds them of this rule when solving a puzzle in this particular category.”

In light of fans previously calling for a rule change that would make simply adding the conjunction “and” to an answer less detrimental, viewers quickly took to Twitter to defend Pederson and call on the show to adjust the trap that’s ensnared multiple contestants at this point.

“Wheel of Fortune’s draconian rule where you lose if you add ‘and’ to the crossword puzzle has to go,” one user wrote.

“I wish they’d get rid of the ‘don’t add anything’ rule for the @WheelofFortune crossword rounds. So upsetting when they accidentally say ‘and.’ @patsajak @TheVannaWhite,” another person wrote.

“Why don’t you have the ‘and’ symbol in the puzzle then people could say ‘and’ and not lose their money,” another wrote.

“hey need to fix that freakin’ ‘and’ rule for #WheelOfFortune crossword puzzles. Come on,” a third user wrote.

“Another contestant losing out on money because they said AND on the crossword puzzle. @WheelofFortune just change the dumbest rule ever and allow this,” someone else noted.

“That ‘and’ rule is so dumb #wheeloffortune,” a more blunt user stated.

Fortunately, Pederson did not go home empty-handed, raking in $1,000 despite the loss.