Hank Azaria wants to apologize to every person of Indian descent for his past portrayal of “The Simpsons” character, Apu Nahasapeemapetilon.

The character, who runs the local Kwik-E-Mart in Springfield and was voiced by Azaria beginning in 1988, became the subject of controversy in 2017 when comedian Hari Kondabolu released the documentary “The Problem With Apu.” The documentary sparked a conversation about whitewashing, racist voice casting and the negative impact the character has had on the perception of Indian people in America.

In an interview with The New York Times in 2020, Azaria said he had stepped away from voicing the character as the show in general began to remedy having White actors voice non-White characters. Speaking on the podcast “Armchair Expert” recently, the actor told hosts Dax Shepard and Monica Padman about the journey he’s been on to educate himself about the harm Apu has done to the Indian community.

In addition to taking the message behind Kondabolu’s documentary to heart, Azaria said he tried to talk to Indian people to gain a little bit of perspective. He told the podcast hosts a story about a recent encounter with a young Indian boy that left him reeling. 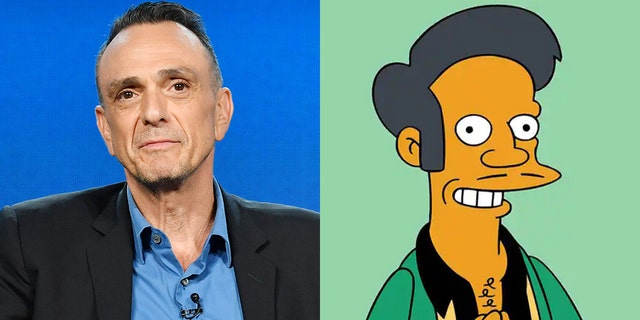 Hank Azaria said he wants to apologize to every Indian person for previously voicing the character Apu on ‘The Simpsons.’
(Getty Images/FOX)

“I was speaking at my son’s school, I was talking to the Indian kids there because I wanted to get their input,” Azaria said (via The Hollywood Reporter). “A 17-year-old… he’s never even seen ‘The Simpsons’ but knows what Apu means. It’s practically a slur at this point. All he knows is that is how his people are thought of and represented to many people in this country.”

The actor said the boy had tears in his eyes as he implored him to tell anyone in Hollywood who would listen that what writers do matters and has ramifications on the lives of people like him. Azaria says he agreed to deliver the message as best he can, which he believes starts with apologizing for Apu.

According to Vulture, the voice actor spoke directly to Padman, who is herself an Indian-American, at one point during the lengthy interview to explain that he feels he hurt her and everyone like her with his portrayal.

“I really do apologize. I know you weren’t asking for that, but it’s important. I apologize for my part in creating that and participating in that,” he said. “Part of me feels like I need to go around to every single Indian person in this country and personally apologize, and sometimes I do when it comes up.” 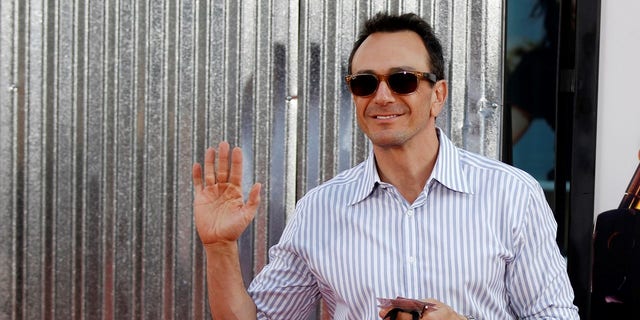 Hank Azaria said he hopes there will be more Indian and South Asian writers on ‘The Simpsons.’
(Reuters)

Azaria concluded his thoughts on the matter by noting that he has fully embraced diversity in voice casting and is trying to be a proponent of it whenever he can.

“If it’s an Indian character, or a Latinx character, or a Black character, please, let’s have that person voice the character,” he concluded. “It’s more authentic, they’ll bring their experience to it, and let’s not take jobs away from people who don’t have enough.”

The star is putting his money where his mouth is. In addition to no longer voicing Apu, he and the show have agreed to replace the voices behind various BIPOC characters who were previously voiced by white actors.

Alex Desert, for example, debuted on the show in September as the new voice of Homer Simpson’s friend and co-worker, Carl Carlson, a Black man who Azaria previously provided the voice for. Meanwhile, Harry Shearer will no longer voice Springfield’s mild-mannered physician, Dr. Julius Hibbert. Instead, voice actor Kevin Michael Richardson, who has appeared as other characters in more than 70 episodes of the show already, will take over.