Queen Elizabeth II has released her first public solo statement since the death of her husband, Prince Philip, on Friday, April 9.

Her Majesty sent a statement of support to the people of the Commonwealth country of St. Vincent and the Grenadines after they experienced a series of volcanic eruptions.

“I have been saddened by the destruction and major disruption caused by volcanic eruptions in recent days, and my thoughts are with the many people and families who have been evacuated from their homes, and whose livelihoods have been affected,” the Queen said in her statement obtained by Fox News. “I send my thanks to the emergency services and all those involved in the relief effort.”

“My prayers will remain with the people of S.t Vincent and the Grenadines at this very difficult time,” she added.

Normally, her statements began with “The Duke of Edinburgh and I.”

La Soufriere volcano is located in the island’s northern region and has forced people to evacuate because of ash descending on the town. 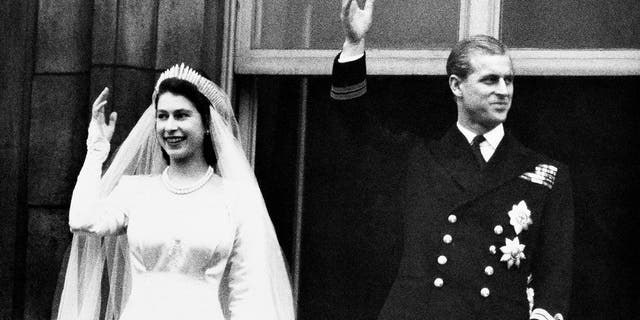 Queen Elizabeth and her husband the Duke of Edinburgh wave to the crowds on their wedding day, from the balcony of Buckingham Palace in London.
(AP Photo/File)

Prince Philip died April 9 at Windsor Castle. He was 99.

He and the Queen were married for 73 years and he was the longest-serving consort (spouse) in British history.

Since April 9, Queen Elizabeth has been in the middle of an eight-day period of mourning until the funeral scheduled for April 17 at Windsor Castle.

“It is with deep sorrow that Her Majesty The Queen announces the death of her beloved husband, His Royal Highness The Prince Philip, Duke of Edinburgh,” her statement read at the time. “His Royal Highness passed away peacefully this morning at Windsor Castle.” 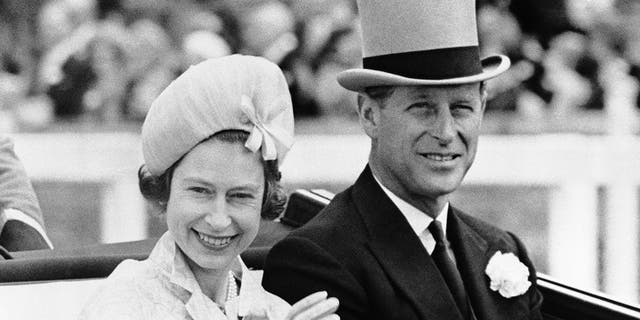 Attendance for Philip’s funeral is limited to 30 because of coronavirus restrictions.

On Thursday, it was revealed that senior royals must wear civilian clothes to the funeral, defusing potential tensions over who would be allowed to don military uniforms.

Meghan Markle was advised by a physician not to attend because of her pregnancy.