‘I couldn’t be prouder of the woman you are’: Prince Jackson shares sweet snaps with sister Paris to mark her 23rd birthday

By Nicole Conner For Mailonline

Prince Jackson has shared sweet snaps with his sister Paris to mark her 23rd birthday and said he ‘couldn’t be prouder’ of her.

The 24-year-old took to Instagram on Saturday to pen a heartfelt post for his younger sister’s big day.

Prince, who is the son of pop legend Michael Jackson and Debbie Rowe, shared a sweet snap of the pair hugging. 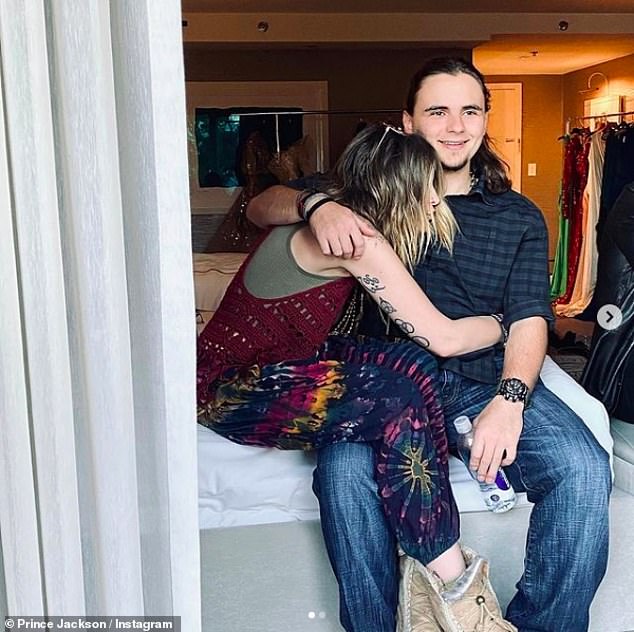 Siblings: Prince Jackson has shared sweet snaps with his sister Paris to mark her 23rd birthday as he gushes he ‘couldn’t be prouder’ of her on Instagram on Saturday

Paris sported an colourful ensemble, wearing unusual navy trousers with yellow and pink patterns on them.

She added a khaki vest and a burgundy crocheted vest over the top for an effortless boho vibe.

The beauty’s face was hidden by her caramel tresses as she reached a tattooed arm round her brother’s middle. 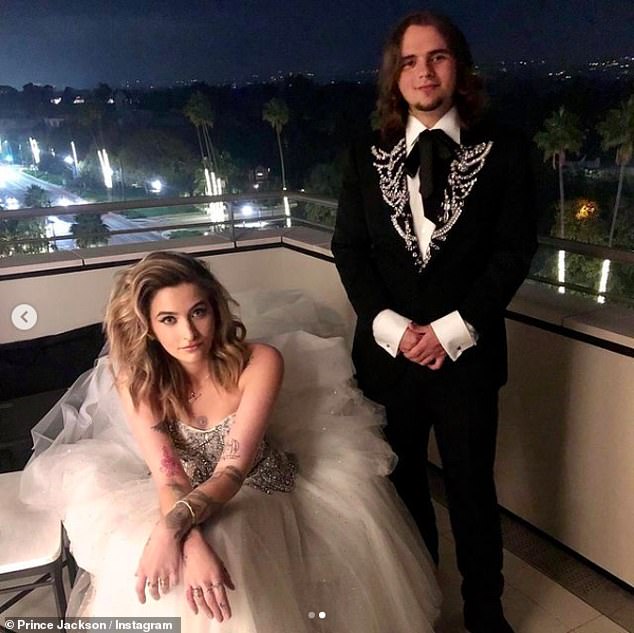 Family: The 24-year-old shared a heartfelt post of the siblings including a snap where they look glamorous in formal wear as they posed on a balcony

Prince looked smart in a dark blue checked shirt and kept his look casual with some jeans as he beamed for the camera.

In a second snap, the pair looked glamorous in formal wear as they posed on a balcony.

Paris looks beautiful as she models a nude tulle gown with a silver embellished bodice.

She fixed the camera with a pout and wore her locks in loose waves which she swept over to the side. 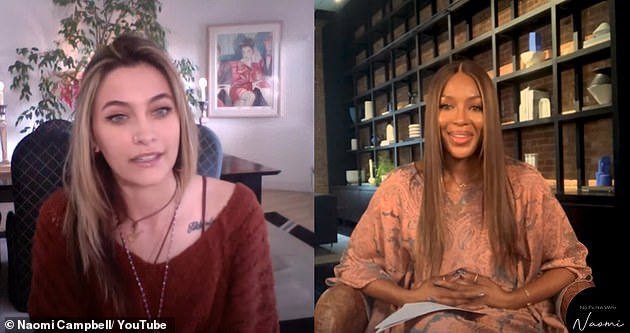 Rare insight: Last month, Paris has shed light on her childhood with her ‘King of Pop’ dad Michael Jackson

Looking suave, Prince stands by her side sporting a black suit with silver embellishment on the lapels.

He penned: ‘It’s crazy to think that you’re my lil sister @parisjackson. You’ve grown and learned so much and I couldn’t be prouder of the woman you are and the path you’re going down.

‘I like these photos cause I think it shows our duality, the yin and the yang, I love you yabyab HAPPY BIRTHDAY!! Keep doin what you’re doin you’re so awesome and I hope you have a great day!!???’ 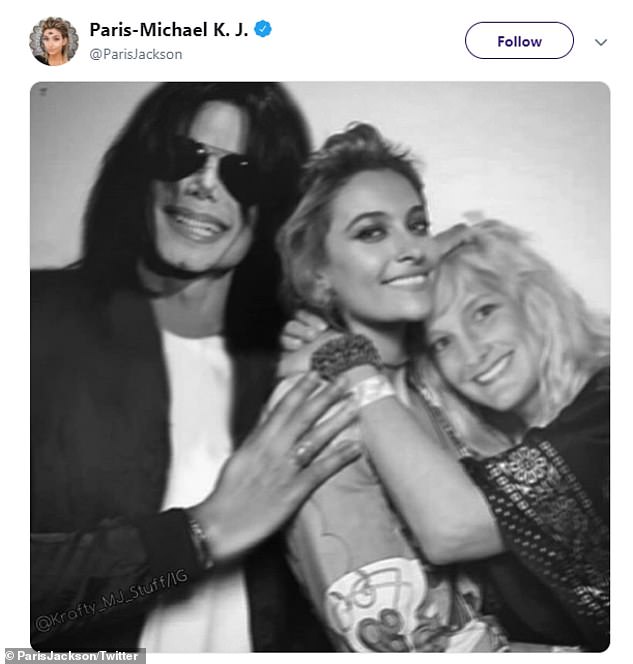 Family: She said how while she grew up in a life of privilege, Michael instilled a strong work ethic (pictured with Michael and mum Debbie Rowe in a Photoshopped image)

Although he is mostly a private person, last month, Prince Jackson gave a rare interview to an outlet.

Last month, Paris, who was only 11-years-old when her father died, shared a rare insight on her childhood with him.

She spoke to Naomi Campbell’s YouTube video No Filter and said, while she grew up in a life of privilege Michael instilled a strong work ethic and ensured they didn’t take things for granted.

‘It was also like, we saw everything. We saw third world countries. We saw every part of the spectrum.’

Naomi said how important it is to see ‘how the other half live’.

Paris was only 11-years-old when she her father and music icon Michael died. She has an older brother, Prince, 24, and a younger half-brother, Prince Michael Jackson II (Blanket). 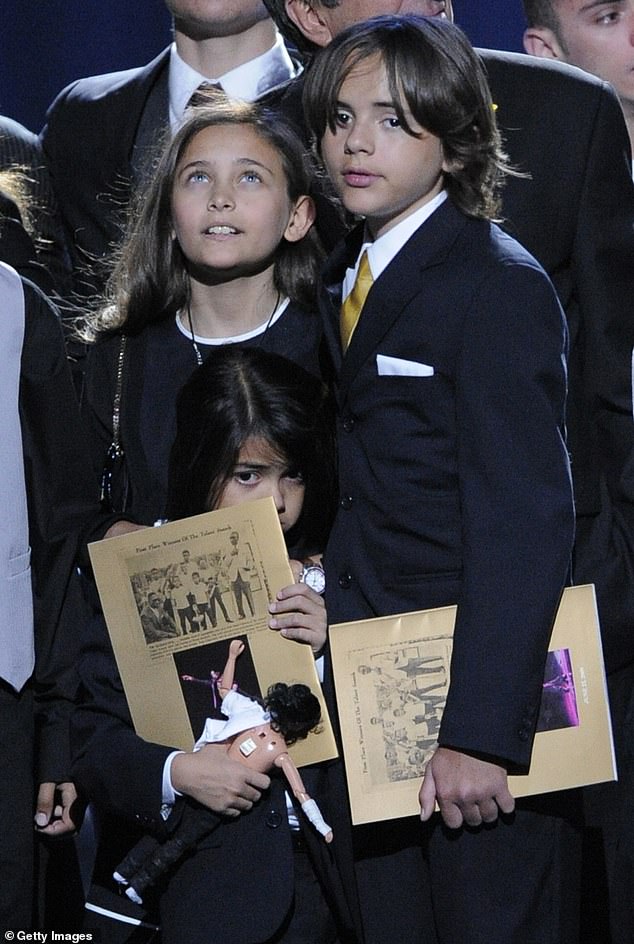 RIP: Paris was only 11 when she her father and music icon Michael died (pictured with Prince and younger younger half-brother, Prince Michael Jackson II in 2009)