John Travolta shared a rare photo of his daughter to celebrate a very special occasion in her life.

The 67-year-old actor took to Instagram over the weekend to share a snap of Ella, to celebrate her turning 21.

“Happy 21st birthday to the most beautiful, kind, human being and artist I know. Your dad adores you!,” the “Grease” star captioned the image. 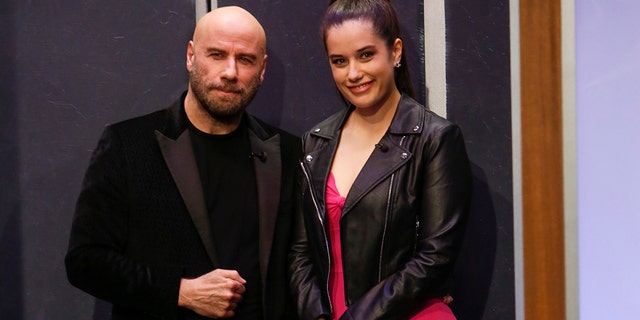 John Travolta shared a heartfelt post to his daughter, Ella, to mark her 21st birthday.
(Randy Holmes via Getty Images)

Ella is one of three children that Travolta had with his late wife, Kelly Preston, who died in July of 2020 after a battle with breast cancer. As a result, the touching Instagram post falls on Ella’s first birthday without her mom there to celebrate with her.

The couple also share 10-year-old son Ben and were parents to Ella’s older brother, Jett, who tragically died after suffering a seizure in 2009 at age 16.

Travolta’s post to his daughter is also dad’s payback for an equally touching post she shared about him in February on his 67th birthday.

“Happy Birthday to the most incredible man I have ever known. You are not only the best Dad ever, but you are also my best friend,” she wrote at the time.

Ella also thanked Travolta for “raising us, helping us and loving us” and concluded her post by nothing that “the world is lucky to have you and so are we.”

Earlier in February the two starred together in a Super Bowl LV commercial for Scotts Miracle-Gro that saw him struggling to work an iPhone so that they could both perform a dance together inspired by the movie “Grease,” which Travolta starred in alongside Olivia Newton-John in 1978.