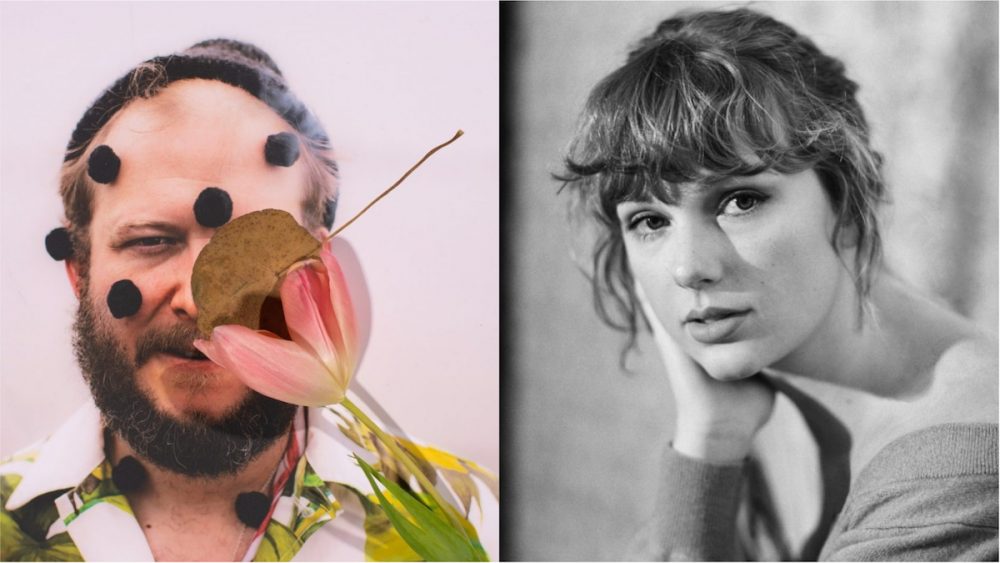 Bon Iver and Taylor Swift: frequent collaborators! Who would’ve thought?! After Justin Vernon had guest spots on both of Swift’s new albums last year, folklore and evermore, it seems like Swift has returned the favor. Last night, Vernon went on Instagram Live to tease a new song with Swift on vocals.

It’s unclear which of Vernon’s many projects this might be for, but the best guess right now is Big Red Machine, his collaboration with Aaron Dessner that typically has a revolving door of contributors. Dessner, of course, played a big part in the creation of Swift’s albums last year and won an Album Of The Year Grammy in the process. Last year in an interview with Billboard, Dessner mentioned the possibility of Swift popping up on a Big Red Machine song.

Hear the very brief snippet below.

? | @boniver‘s Justin Vernon previews an exclusive teaser of a song with Taylor Swift from the bands upcoming album via Instagram live! pic.twitter.com/iMBMDIIFEb

tags in this article

The Number Ones: INXS’ “Need You Tonight”

The Number Ones: Tiffany’s “Could’ve Been”

Album Of The Week: The Armed ULTRAPOP

Succumb To Our Email Product