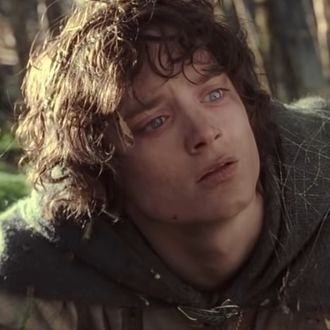 Sauron’s eye is about to pop out of his…well, not head, but he’s definitely wide-eyed and blinking at the truly fantastical cost of Amazon Prime’s Lord of the Rings television season. According to the Hollywood Reporter, the streamer’s upcoming adaptation of J.R.R. Tolkein‘s beloved fantasy series will reportedly cost approximately $465 million dollars, or around $650 million in New Zealand dollars, for just the first season of the show.

“What I can tell you is Amazon is going to spend about $650 million in season one alone,” New Zealand’s Minister for Economic Development and Tourism Stuart Nash told Morning Report Friday. “This is fantastic, it really is … this will be the largest television series ever made.” The show, which features a massive cast including Robert Aramayo, Morfydd Clark, and tens of other performers and is set thousands of years before the events of The Hobbit, will supposedly premiere later this year. In exchange for dropping all that cash, Amazon will be eligible for money back from New Zealand’s Screen Production Grant. The rebate, valued at approximately $114 million, or $160 million New Zealand dollars, is around 25%, up from the usual rebate of 20% due to the size of the LOTR production.

New Zealand outlet Stuff first reported the government’s deal with Amazon, which also involves the company “partnering with local firms to invest in research and development” in the country, as well the show’s plan to potentially shoot five season and a spin-off series. In fact, Lord of the Rings already has a second season in the works. Honestly, if this is the kind of money they’ve got floating around Middle Earth, just forge everyone their own rings, and let these poor little Hobbits go home already.